I reviewed proofreading pal reviews. Then I decided to use their service for a class project. I like their openness, and personal service. My only concern is the lack of notification of project completion. I plan to use Proofreading Pal again!

Not perfect, but darn near.

Full professional edit of our organization's Board cover letter. 6 hour turnaround. Found three substantive errors which made it quite worthwhile. Comments very helpful. Only minor nit was insertion of the word the before abbreviation of our organization's name. We caught that and sent out. I would use again.

Got the job done! I'll be back.

Professional and efficient service – will be back.

May 2, 2014 Reviewed by christopher cabrera

They were fast and helpful!

good. I recommend it

It helped me a lot

Thanks for checking up my paper. I appreciate your fast service.

The editor did find out some points that need to be clarified and strengthened and make my essay way better than before.

I'm glad that proofreader corrected al lot of my grammar mistakes. however I expected a lot more actually editing than what i received.

It was good except their was one error( a missing comma) not corrected and I lost marks for it.Please be more vigilant in the future because I pay to ensure that the document is 100% free of grammatical errors.

I was provided reviews from two reviewers. I was first expecting receiving two separate reviews from the two but their reviews were combined together––that is, the first reviewer makes comments and then the second reviewer provides supplementary comments. I found that this co–reviewing system is itself efficient and effecitive 'cause two separate reviews might be conflicting and thus confuse the writer. I also liked the detailed comments and the thorough reading of the reviewers. I appreciate their help. The only minus for me was the survey call from the company gathering feedback from the customers two days after the service was done, which I felt was rather impatient, compulsory, and interrupting. I've used other proofreading service before but never received a single call from them, and so it was unexpected. I think sending customers an email for feedback is enough and it should be totally up to the customers to respond to it (or not).

it's relayale service and it's very quick

Great review for an exceptional price in quality time!

The service was very efficient and professional. The work I submitted was handled with the utmost importance concerning my requests! I will certainly use again in the future!

Paper that I submit for correction from ProofreadingPal.com, as the result I got a good grade. However, I wishes the editor read more carefully when correcting. My papers are mainly arts and design and I oftenly found editor not aware of the terms and tried to correct it. Maybe before we submit to proofreading, we can select what this paper is about.

Nothing catchy but great service!

There were only a few comments that i didnt understand. Otherwise the corrections were on point.

A Pal you can count on!

This is a very good service that provides you feedback from two different readers. As important, if you have issues or question post edit they are very helpful. Have zero reservations referring them to others.

The site was easy to use . Their work was excellent . Will use and recommend them

When you need something polished to perfection you can count on Proofreading Pal!

I don't wish to over play it, but no matter what you are writing, Proofreading Pal will catch the errors, elevate the work, and give extra input to your preference. I find them to be a good investment. 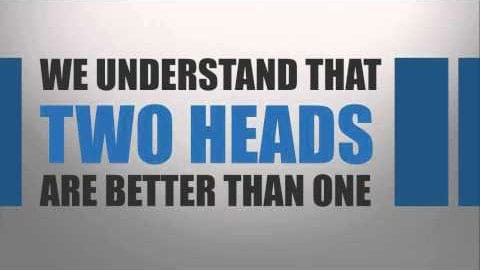