Place Order Get Instant Quote Free Sample
Home  /  Grammar   /   Is It One Word or Two Words?

Is It One Word or Two Words?

August 23, 2019 by ProofreadingPal in Grammar

As a living language, English is in a constant state of flux. This is quite clear when two words work their way into becoming one word.

Abovementioned is a good example, and yes, it’s one word. It started out in life as above-mentioned, but it’s no longer hyphenated and has become one word, just as its predecessor, aforementioned, did.

Other words have left their hyphens behind:

Some words are barely hanging on to their hyphens, depending on your stylebook, such as:

And there are words with the hyphen still decidedly in use:

I would just love to tell you the rule about when and how and why two words can go from standing alone to being hyphenated to being one word, such as:

Problem is, there really isn’t a rule. Another aspect of a living language is that what is “correct” is only what is most commonly done. Think all you like that you shouldn’t split infinitives, but it’s no longer an “official” grammatical mistake.

So, while there’s no rule, there is a general trend, which is that the more people use a word, the less likely they are to hyphenate it. That’s why it’s email but e-commerce, and why decision-making is always hyphenated now, even though other such constructions, such as risk taking, muscle building, and drug seeking, are hyphenated only when they’re modifiers.

When it comes to spelling things with hyphens, people basically approach it like cooking asparagus: we do it until we get tired of it and decide it’s OK to stop. Some words may soon be headed for hyphenation:

And currently hyphenated words that may soon just be one word include:

In better news, there are some groups of two-word / one-word terms that show a pattern, such as:

As you can see, in this group, two words are used when they are a verb + a preposition, and one word is used when it’s a noun.

• Mom’s going to pick up the kids in her pickup.
• Dad wants to make up with her, so he put on his makeup.
• See how I set up that gender-defying setup?

Another pattern shows up in: 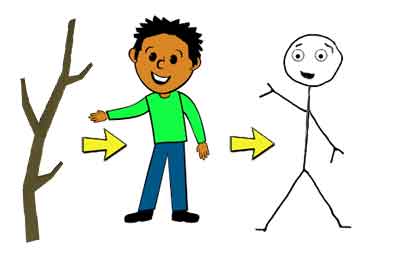 In this group, two words are used when it’s a modifier + a noun. The two words merge into one to create a modifier or noun that is related to, but not the same as, the modified noun.

If I have “some time,” then I have an amount of time, but I’m not telling you exactly how much time it is (e.g., an hour). “Sometime” takes the ball and runs with it, becoming a modifier that means “an unspecified time.”

The others in this group work the same:

• Their game has gotten better over time.
• They’re playing in overtime now.

Our final group here is made up of the troublemakers that don’t really follow a pattern, such as:

These are two-words-made-one for all kinds of reasons, and as such must be learned on their own.

• All ready is a modifier that says something is completely prepared.
• Already is also a modifier, but it means that something has occurred in the past.
• We were already all ready to go an hour ago.

• May be is a verb.
• Maybe is a modifier indicating uncertainty.
• Maybe I should tell him that one day his children may be famous.

• Can not is a verb only to be used as an option for choosing not to do something.
• Cannot is a verb and the correct way to spell out “can’t.”
• I cannot explain to my cat I that can not feed her if I do not want to.

And then there’s one pair that’s really fiendish: a part and apart.

• A part is an article and then a noun.
• Apart is a modifier indicating separateness.
• Apart from all that nuisance with the bill, the mechanic stole a part from my car.

The reason this last one is so odd is that it didn’t actually do the a + part = apart dance that the others did. The “a” in “apart” is like the “a” in “asymptomatic” and “asexual,” meaning “not.”

(Good idea not to mess up those two!)

So, while the English language bounces along, throwing out odd changes at its speakers’ whims, we can find some order in the chaos. But for some words, sorry, you just need to memorize them, or hire someone who does, like your friends at ProofreadingPal.