March 31, 2017 by ProofreadingPal in Writing Guides

“Top four?” I hear you say. People misspell a lot of words.

Let me explain my criteria:

I and the other bloggers at ProofreadingPal.com have discussed common misspellings before, such as in a post about hyphens and another on idioms. But we’ve only really discussed one of them in detail (as I’ll point out below).

Ultimately, though, I’m interested in writing about these four words in one post because, apart from being misspelled all the time, they seem to have nothing in common.

The past tense of “to lead” is “led”—not hard to spell at all. And yet this appears in clients’ work all the time spelled as “lead.”

The culprits behind the error, I suspect, include that “read” is pronounced with a long “e” for the present and a short “e” for the past:

I like to read. I read a book yesterday.

People might wrongly think “to lead” works the same way.

Moreover, there are many words spelled “ea” that are always pronounced with the short “e,” such as head, bread, instead, and lead.

Whoops! Catch that last one? “Lead” is also pronounced with a short “e,” but only when it refers to the poisonous metal that keeps popping up in weird places like glass and paint and trying to kill us all. 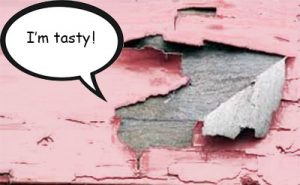 Americans only use this word in common speech in the phrase “piqued my interest,” which is usually misspelled “peaked my interest.”

I have covered this one before, so I’m going to be completely self-indulgent and quote a bit of myself:

This idiom often gets misspelled and misused because the misspelling seems to make sense. “Peaked my interest” would seem to mean “brought my interest to a peak.” However, this idiom comes from the French word “piqued,” as in “aroused,” and that is how the idiom is to be used.

While other English words imported from other languages are often misspelled, this one shows up a lot more than terms like “in route” (wrong) vs. “en route” (correct) or “per say” (wrong) vs. “per se” (correct). This may be a result of how useful the phrase is.

Again, not a tough one to spell, but I am increasingly seeing the spelling “of,” such as in “could of,” “should of,” and “might of.”

There’s not much to theorize about here. People in certain regions really do sound like they’re saying, “I could of gone to the store,” when they mean, “I could have gone to the store.” If you don’t read much, you might think the correct word actually is “of” instead of “have.”

Of the four, this is the only one that doesn’t have a pronunciation issue. The way you say it changes the way it’s spelled.

Is it some sort of knee-jerk reaction to knowing you shouldn’t put an “e” on the end of “potato”? (If you’re young, read here about US Vice President Dan Quayle.)

Or perhaps it’s related to confusion over such words as loath (unwilling to do something) vs. loathe (to hate) and sooth (an old exclamation) vs. soothe (to calm).

Do you have a theory? Leave a comment below!