While researching apostrophe use and common associated errors, I learned several interesting facts:

The most basic rules of apostrophe use are:

1. Use apostrophes to form contractions.
Ex. The cat’s not wearing his collar.

2. Use apostrophes to show possession, including when the noun ends in –s.
The cat’s collar is red. The bus’ door is open.

In the first example, the cat’s is short for the cat is. The apostrophe is standing in for the letter i in is, so it is being used as a mark of elision (that fancy word again!). In the second example, apostrophe + s shows that the collar belongs to the cat.

(Interesting side note for fellow word nerds: Historically, possession was often shown by adding the suffix –es, so our example above would be, The cates collar is red. Later, after the apostrophe came into use, words like cates were shortened using apostrophes as marks of elision, yielding constructions like cat’s. Neat, right?)

3. Don’t use apostrophes to form plurals (with a very few exceptions)
Ex. The cats are not wearing their collars.

Despite the simplicity of these rules, apostrophe errors persist, so next I’d like to point out some common apostrophe pitfalls to help you avoid them in your writing.

It bears repeating that plurals are not formed with apostrophes. If you are using an -s to make a plural, just add –s or –es.

Please take note, this includes plurals of initialisms and ranges of years.

Ex. Many CEOs were concerned about GMOs even back in the 1990s.

If you use an apostrophe with an initialism or year, it will signify possession.

Ex. It was 1970’s biggest news [the biggest news of that year].
It was the 1970s’ ugliest fashion trend [as in the ugliest trend of that range of years]. 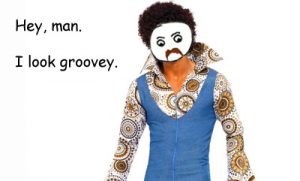 There are a very few situations where you use an apostrophe to form a plural:

Plurals of lowercase letters
Ex. The first graders were practicing writing their e’s and f’s.

Plurals of abbreviations that have interior periods
Ex. All my siblings have Ph.D.’s.

Regarding this last point, some people prefer four yeses, three noes, and two maybes, but I think both ways are problematic and recommend just avoiding using the plural of words as nouns whenever possible: four responses of yes, three of no, and two of maybe.

Possessives of Things Ending in –S

When plurals of regular nouns end in –s, just add an apostrophe to form their possessives.

With a compound subject, or a subject consisting of two or more nouns joined by a coordinating conjunction (and, or, neither, nor), apostrophe use depends on ownership. This is best illustrated with an example.

Ex. Eleanor and Ira’s dog is waiting by the door [the dog belongs to both of them].
Eleanor’s and Ira’s books are strewn across the table [some books belong to one, and some belong to the other].

With a compound name or title, as in the queen of England, show possession by adding an apostrophe to the last element.

Ex. The queen of England’s crown is lost.

Ex. The dog belonging to the across-the-street neighbor with a broken fence got loose.

Its vs. It’s and the Rest

Finally, I like to mention a simple matter, but one that causes a lot of confusion: its vs. it’s. They don’t mean the same thing, but people mix them up all the time. Remember, its is the possessive of it, and it’s means it is.

Ex. It’s raining and the wind is blowing.
The tree is losing its leaves.

In fact, anytime you’re not sure if the version of a word you want has or doesn’t have the apostrophe, remember that the apostrophe always goes to the contraction:

It can be hard to keep straight multiple forms that are very similar in appearance, as in dog, dog’s, and dogs’. Just keep in mind the simple rules above, and that if you’re not sure you need an apostrophe, you likely don’t. When in doubt, leave it out.