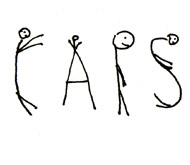 Proofreading and Editing
Try for Free

I know a professor who had a student tell him that capitalization is not standardized, so she was going to lowercase the word “Nazi” because she it found offensive to do otherwise.

Even worse, I have been noticing recently that willy-nilly use of upper- and lowercase letters is pretty common, although it is far from correct.

So I thought it time to review some basic capitalization rules. Here are the types of words that should be capitalized:

Most everything else should be lowercase, and if you follow these rules you should be OK about 99% of the time. (An aside to Those of You tempted to capitalize things for Emphasis: Don’t do It.)

However, there are some nit-picky details to remember when dealing with differences among the style guides. AP, MLA, Chicago, and APA mostly agree on these basic rules, but there are certain words and expressions over which they do not.

If you are ever in doubt about whether a certain word should be capitalized, first check your style guide for rules about the word. If your style guide doesn’t have a rule, check your dictionary. (Merriam-Webster’s online dictionary is a good one.) If you don’t find it either place, just follow the basic rules, and you should be just fine!