How to Make Your Writing More Inclusive

In my previous post, I wrote about avoiding gender bias in pronoun use: when to use singular “they” (which is gender neutral) and when to use “he,” “she,” and “he or she” (which are gendered). The basic rules are as follows:

• Use singular “they” as a singular for a person who does not identify with “he” or “she.”
• Try not to use singular “they.” Instead, use plural throughout, take out the pronoun, or rewrite the sentence completely.

Think about it. If you use outmoded or even offensive terms for groups of people, or if you describe people’s irrelevant characteristics (e.g., in an article about a new policy, describing a politician as pretty and well-dressed), readers will be looking at your apparent bias rather than your central ideas.

There are many aspects of inclusive language, and in today’s post I’ll describe some of the biggies to pay attention to ensure maximum inclusivity. 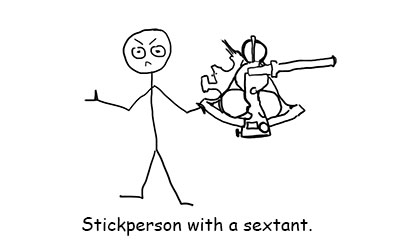 Related to the above point, it is important to ask yourself whether it is even important to refer to a particular characteristic of a person. If it’s not relevant, leave it out. You don’t need to comment on a politician’s race if the discussion is not about race and you don’t need to mention a person’s (dis)ability unless it pertains to the larger topic of discussion.

Avoid Words that Have Gender Pairs

Some words have gender pairs. Just don’t use them! Instead, choose a neutral alternative:

Some words don’t have a gender-neutral variant, like actor/actress. In this case, just use the “male” version for everyone. There’s some inherent patriarchy here, but there aren’t too many such words, fortunately.

Address People as People, not as Demographics

If you need to address people, as in a letter or speech, do so neutrally or by job title. Instead of “Dear Sir or Madam,” use “Dear Colleague” or “Customer Service Manager.” Don’t call people ladies and gentlemen, dudes, guys, or girls and boys. Instead, call them people, everyone, friends, or just don’t call them anything. That doesn’t work in a letter, but in speech it’s usually fine:

Be Current When Writing about Race, Culture, and Gender

Language to describe groups changes over time. In a future post, I will go into detail about racial and cultural terms. For now, here are a few broad tips for describing groups:

• Ask people you are describing what words they use to describe themselves whenever possible.
• Look in Merriam-Webster’s, The Chicago Manual of Style, or another reputable resource, which often flag terms that are not in modern use.
• Don’t call someone something they are not. For example, people of African origin who are from Germany are not African American, and people from the Middle East may not be Arabian.
• Use underrepresented or marginalized group instead of minority. Minority has to do with numbers, but a group can be marginalized even if it is not a minority in number.
• Use sexual orientation, not sexual preference (not being heterosexual is not a “preference”).
• Use Ms. instead of Miss or Mrs. Mx. is a gender-neutral option that’s becoming more common, so consider using that as well for anyone, regardless of gender.
• Know these words: cisgender (people who identify with their birth gender), nonbinary (people who don’t identify as male or female), and LGBTQIA.

Using inclusive language involves considering different perspectives, allowing individuals to retain their person-ness, and carefully choosing words and expressions. Regardless of your audience and purpose, it is critical to use words to ensure maximum inclusivity.