Why We Need Emojis

November 7, 2019 by ProofreadingPal in Grammar

So, the other day I read this online about some word or other:

It didn’t used to be spelled like that, but now, just because that’s what most people do, they changed the dictionaries.

There are a few issues I have with that line, including just who “they” are, but let’s just deal with the big one: “just because that’s what most people do.”

Dictionaries do not control language; they follow it. As a social construction, language only works when we all agree that it does. If “most people” decide we need to spell “doorknob” as one word, then that’s the dominant spelling of the word, and dictionaries should reflect that.

I find it funny, and a little dangerous, whenever my fellow grammar nerds forget that language is ruled in this messy, democratic way. And when I say dangerous, I mean dangerous for them. Those who hang on to “how it is supposed to be” when the majority disagrees may feel like champions, but they just look out of touch.

A social agreement, by definition, works best when the majority agrees upon it. That means a majority of language users is better at dictating the direction of that language than any person or (God forbid) committee.

OK, enough about how “woke” we are grammatically, and on to the point of this post. Even though the older generations love to dump on them and elites love to complain about them, emojis are a useful, necessary advancement in modern language.

Again, let’s stress the social nature of language. As I used to tell my bored English 101 students three semesters a year, communication requires three things: a speaker, a message, and a receiver. For functional communication to occur, moreover, these three things must share a context. 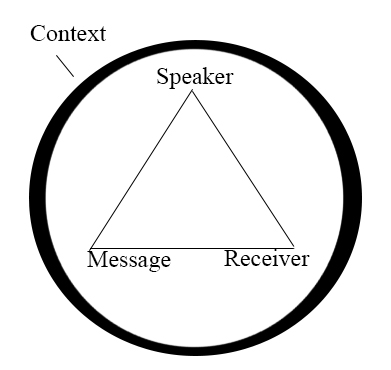 In contrast, writing a letter, especially to someone you don’t know well, has almost no context. Hopefully, the writer and reader share a language and agree upon the definition of some terminology. But that’s not enough context to ensure disjointed fragments and casual sarcasm successfully communicate.

As many stand-up comics have pointed out, the written version of “Yeah, sure” can mean just about anything, from a positive agreement to telling someone to go screw themselves.

Invention of the Emoji

Now, in what might seem like a counterargument to my point that people create language, it was, in fact, a language elite who first suggested the use of emoticons (the ancestors of emojis).

On September 19, 1982, Carnegie Mellon Professor Dr. Scott Fahlman proposed that 🙂 be used for humorous questions and answers and 🙁 be used for serious ones. However, he noted that he was likely not unique in making this suggestion. Also, he posted this suggestion on an online bulletin board in response to a conversation. His solution was clear and easy, so people picked up on it. He writes:

This problem caused some of us to suggest (only half seriously) that maybe it would be a good idea to explicitly mark posts that were not to be taken seriously. After all, when using text-based online communication, we lack the body language or tone-of-voice cues that convey this information when we talk in person or on the phone. Various “joke markers” were suggested, and in the midst of that discussion it occurred to me that the character sequence 🙂 would be an elegant solution—one that could be handled by the ASCII-based computer terminals of the day. (para. 5)

So, while the solution was proposed by an individual, the problem came from a group attempt to communicate. This is often the way new words are made, and emoticons are words. (Don’t roll your eyes. They are commonly encoded/decoded representations of ideas, and that makes them words.) 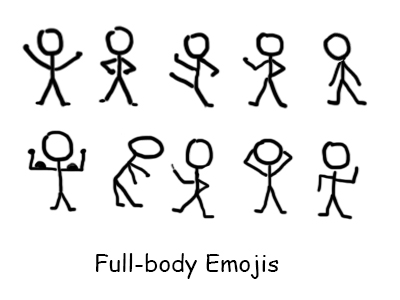 Moreover, the popularity of emoticons (and emojis, which are what emoticons become with digital sophistication) has grown as the need they solve has expanded. Online bulletin boards are difficult places to express ideas, but texts and chat rooms, which whizz by at the speed of the most expert typist in the group, are even worse.

So, recognizing that emojis are a legitimate realm of modern language (and that they aren’t going anywhere anytime soon), let’s explore in future posts when and when not to use them, how to use them properly, and how to break the habit of using them when we shouldn’t.