MLA’s 8th Edition: Nothing and Everything Have Changed

“Change is perhaps the one constant of contemporary academic life.”—Preface to the MLA Handbook, 8th Edition (2016)

The arrival of a revised edition of an academic guide causes grief for both editors and writers. “I just learned the old system,” we say. “Why did you have change it?”

We mutter to each other that’s all just a scam to get us to buy the new edition, another arbitrary system to master before, inevitably, yet another edition is released. Has the world really changed so much that we need a new form of documentation?

Well, the Modern Language Association (MLA) would argue that it has. 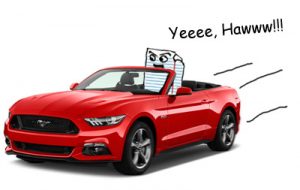 The authors of the leading academic style guide for the humanities write that “The problem . . . is the increasing mobility of texts. The sources with which we work are discovered in locations and formats different from those in which they were originally published, and we have no way of knowing today where those sources might end up tomorrow.”

The eighth-edition authors emphasize the writer’s decision-making power and flexibility in how to format documentation to make sources the most relevant and accessible to the reader. Documentation is a key component of scholarly conversations, and the writer should make decisions about how to cite works based on context rather than on an arbitrary set of rules.

For those familiar with the seventh edition, here’s some good news: the new edition varies only slightly in how citations appear.

8th edition:
Jacobs, Alan. The Pleasures of Reading in an Age of Distraction. Oxford UP, 2011.

7th edition:
Jacobs, Alan. The Pleasures of Reading in an Age of Distraction. Oxford: Oxford UP, 2011. Print.

There are only two differences: The new edition doesn’t include the publisher’s location (Oxford) or the medium of publication (print).

Here’s a citation for an academic journal:

Here again, there are very few changes. The eighth edition adds “vol.” and “no.” to make the citation clearer for readers and again eliminates the medium of publication (Web).

MLA’s eighth edition eschews this process. Instead, the authors recommend writers provide “core elements” of every work cited regardless of medium. These core elements include the author, title of source, title of container, other contributors, version, number, publisher, publication date, and location of source.

They intend to make the documentation system more flexible and reader friendly. You can use this citation for any kind of document you plan to cite: comments on a website, TV episodes, social media posts, comic books, and e-books.

How you cite a work in the new MLA style will depend on how you use the source. For example, if you’re discussing a translation of Crime and Punishment and focusing on the merits of the translation, you would treat the translator as the author. Conversely, if you’re discussing the development of characters in Crime and Punishment, you would cite Feodor Dostoevsky as the author. In this example, the same work is cited differently depending on how the author uses it.

With that in mind, here’s an example of a citation for a paper discussing Sarah Michelle Gellar’s performance in an episode of Buffy the Vampire Slayer that doesn’t mention the show’s screenwriter:

It will be interesting see if other academic styles follow MLA in rejecting the traditional use of a source’s medium as the central factor in documentation. While it may be irritating to re-learn an academic style, MLA’s authors have positioned the guide to address modern problems with documentation.