Something that native speakers of English don’t talk about nearly enough is how weird our language can be. One particularly confusing feature is the way that a particular linguistic “stem” can be given different inflections, which in turns give the resulting words different meanings.

When those meanings vary widely, we are unlikely to mix the words up. Corpse, corpulence, and corporation, for instance, all share a Latin root meaning “body,” but we don’t tend to use one of them when we mean the other.

But there are other word pairs, even trios, whose meanings are similar, but distinct. The shades of difference are subtler, and so sometimes even educated speakers find themselves unsure of which is correct.

Over the next few months of this blog, we’ll look at groups of commonly confused words and aim to provide a guide for the perplexed.

Here’s one that can trip up even experienced students of the language. When proofreading, we at ProofreadingPal often see these two used interchangeably, but they are almost opposites. Both refer to the makeup of a grouping. They are related in that comprise is always an active, transitive verb, meaning “to be made up of,” while compose means “to make up.” Compose may be used as an active verb, as we’ll see below, but is often used in a passive construction, as in “be composed of.”

So you could say, “New York City comprises five boroughs.”

Or you could say, “Five boroughs compose New York City.” Either is correct.

You could also say, “New York City is composed of five boroughs.”

But you wouldn’t say “is comprised of.” That’s not a thing.

All three verbs deal directly or directly with certainty. Of the three, though, assure is the odd man out. While the other two involve securing an outcome or making an event certain, assure involves communicating that certainty to another party, making a guarantee to someone else, convincing someone, or putting someone’s mind at ease.

With ensure and insure, things get a little trickier. The primary meaning of insure, as you would well imagine, is “to purchase an insurance policy on.” But both insure and ensure can mean “to make sure, certain, or safe.” The distinction is a fine one: ensure sometimes (but not always) implies that the certainty of the outcome is practically guaranteed, usually on account of some intrinsic quality in the subject (e.g., “Her charming character ensures that she never lacks for company”), while insure pretty much always implies that necessary measures must be taken to secure the outcome in question when there is a risk involved (e.g., “He never wore cheap cologne to insure that he made never made a bad impression”). 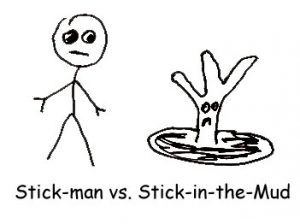 As you can see, it’s all rather hazy, even for the folks who write the dictionaries, and as is often the case in such matters, the question is not so much, “Which usage is correct?” as, “Which usage is less likely to be incorrect?” To be on the safe side (that is, to ensure proper usage), we recommend observing a few rules of thumb.

Use insure only when speaking of the risk management industry, where it is never incorrect.

“It’s very expensive to insure your car if you live in New York City.”

When speaking words meant to comfort, convince, or convey a guarantee, use assure.

“I can assure you, this is the best sushi to be found anywhere in the five boroughs!”

And for making an outcome certain, either through some intrinsic quality or through one’s actions, use ensure.

“The seat belt ensures you won’t fly out of the car.”

“We bought a map to ensure we wouldn’t get lost on the subway.”

Stick to these guidelines, and you can’t go wrong. It’s a sure thing.