When you’re a famous writer, especially if you’re a poet, you can do whatever you want, right?

I mean, look at this garbled bit from Gerard Manley Hopkins:

And how about this tower of sentence-chopping from William Carlos Williams?

Among the rain
and lights
I saw the figure 5
in gold
on a red
firetruck
moving
tense
unheeded
to gong clangs
siren howls
and wheels rumbling
through the dark city.

It’s tempting to think poetry is just one big free-for-all!

Except, of course, it’s not. Both poets are following many sets of rules regarding structure, form, punctuation, tense, and presentation, some of which they themselves helped establish. Looking at what Hopkins wrote in 1880 and Williams in 1921 reveals changes in spelling and grammar rules, as well as ways they use those rules to make good poetry.

Now, for people who like poetry, especially the classics, learning about those different conventions is part of the fun. Hopkins’ irregular rhythms emphasize the choppy, somewhat aggressive nature of his query, and Williams’ use of line spacing demonstrates the way the fire engine speeds past the viewer’s window in a sequence of flashing images and thoughts.

So both poems are grammatically correct, even though they “push the envelope.”

All of which tedious argument leads us to an overwhelming question: How do we edit poetry grammar today? Today’s poets play more fast and loose with language than ever.

As long as the poet, however much a rebel, is attempting to communicate, grammar is to be respected. Grammar is nothing more (or less) than a network of rules and principles that allow a language to work. A good poetry editor fixes bad grammar just like a good prose editor does.

But a better poetry editor must also pay attention when grammar is being manipulated to aid meaning.

There are many definitions of “poem,” but let’s go with the idea that a poem is communication that pays as much attention to form as it does to content, so that the form helps to convey that content. Thus, Dorothy Parker’s poetry is as celebrated for its short, pithy lines as it is for its humor:

I like to have a martini,
Two at the very most.
After three I’m under the table,
After four I’m under my host.

Matched with an aged wife, I mete and dole
Unequal laws unto a savage race,
That hoard, and sleep, and feed, and know not me.

Note the excellent use of grammar in both samples. The grammar isn’t just correct; it goes above and beyond to aid the meaning.

Parker’s lines parallel each other as two sentences, each broken by commas, even though the second sentence could take a period or semicolon in the middle. (Indeed, a sloppy editor might suggest that.) But the use of a comma after the third line both makes the lines “match up” grammatically and carries the flirtatiousness of the first sentence—about how she likes a drink and then maybe two—on into the second sentence as the drinks progress. “After four I’m under my host” is not to stand alone but is to follow from the (inevitable, for some of us) progression of drink after drink until—whoops!

Tennyson also uses his commas to great effect. A not-so-good editor might suggest taking those “unnecessary” commas out of the last line: “. . . a savage race/that hoard and sleep and feed and know not me.”

But this is a bad idea! The commas make us pause, make us breathe, make us imagine the aged hero who is sighing and brooding over the way his life has ended up. The commas make the last line tedious, repetitive, and frustrating to read, reflecting the emotions of the speaker.

So here we see the correctness of the grammar taking second place to its usefulness. A poetry editor worth paying for (like those of us here at ProofreadingPal) can tell the difference between bad grammar that interferes with meaning and needs to be fixed and tweaked grammar that ultimately better conveys the poem’s message.

Ready to Try It Yourself?

OK, I’ve taken two verses of a well-known contemporary poem and messed with the grammar in only one of the verses. (In other words, both of the verses have some “tweaked” grammar, but one is the author’s doing, and one is mine.) Can you tell which is which?

Now. He looks as if he wants to eat words.
Their sweet, intoxicating flavor. Banana leaf
& animal. Being & nonbeing. In fact.
Craving wisdom. He bites into memory.

The President of the United States of America
thumbs the pages slowly, moving from reverie
to reverie, learning why one envies the octopus
for its ink, how a man’s skin becomes the final page. 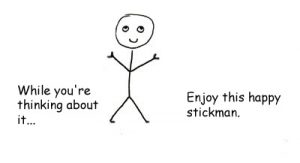 Here’s What I Did

In the first verse, I replaced the commas with periods to make the phrases stand alone.

This is not helpful. The words do not flow, and the ideas do not build. Who is craving wisdom? It might be Obama, but it also might be the writing itself. And what is the point of separating the descriptions of things from the things? All those periods and fragments just get in the way.

So you can see the real poem reads:

Now, he looks as if he wants to eat words,
their sweet, intoxicating flavor. Banana leaf
& animal, being & nonbeing. In fact,
craving wisdom, he bites into memory.

Ah. So much better, and the one fragment remaining draws a lovely parallel between imagery and theme.

In the second verse, the grammar tweak is much subtler and helps with the meaning. There should technically be a conjunction in that final bit: “learning why one envies the octopus/for its ink and how a man’s skin becomes the final page.” But the “and” there separates the two ideas, as though the octopus’ ink and the man’s skin are on a list.

The idea is much more effective if we understand that the man’s skin follows from the octopus’s ink. Note there is progressive action in the first part of the verse: “The President of the United States of America/thumbs the pages slowly, moving from reverie to reverie.” The action of turning the pages is also the action of going from thought to thought. With the parallel structure in the second half, the concept of envying an octopus for being “ready-made” to write because it comes with its own ink is also the action of turning human skin into parchment.

And this is the fine line that both poet and poetry editor must walk: that tiny zone where grammar can be bent to serve the meaning without being so broken the lines fall into gibberish.