How to Use Testimonials in a Resume

February 27, 2016 by ProofreadingPal in Resumes

We’ve mentioned the recent trend of including an inspirational quote in your resume. The consensus—from both an editor’s viewpoint and a recruiter’s—is that it’s a bad idea. A resume’s function is to showcase your skills and the value that you represent for an employer in your own simple, clear words.

With all that being said, under some circumstances (such as for a marketing or customer service position), using someone else’s words is an accepted and valid strategy. Let’s look at testimonials and how to use them in your resume.

The Critics Are Raving!

“Testimonial” comes from the same root word as “testify” and has the same basic meaning of a sworn true statement. But in keeping the business community, we’re using it as a catch-all term for any written assessment of your qualifications, expertise, or job performance.

Your resume is a selling tool; it’s an advertisement with you as the product. Testimonials are like those quotes from the critics plastered across a movie poster. On their own, they may not be enough to persuade you to see the movie, but if you’re sort of interested, a good review from a trusted source may be enough to seal the deal.

Testimonials come from a variety of sources. Former employers may supply letters of recommendation or performance evaluations. Networking services or websites such as LinkedIn allow business peers to provide “endorsements” for various skills. Client feedback is another excellent source; indeed, in industries with a heavy customer service component, client testimonials are often the key selling point.

Testimonials are freely given in that there is no coercion and no quid pro quo involved, but they should be considered private communications unless otherwise specified. Always ask permission before you quote anybody’s words in your resume. Most people will be delighted to help, but don’t be too disappointed if your request is refused. While peer endorsements and customer feedback usually pose no ethical difficulties, internal documents such as performance reviews may be considered proprietary information. It’s always best to check beforehand to avoid troubles later.

Testimonial quotes should not be the main focus of your document. That pride of place still belongs to your employment and education histories. It’s best to place your testimonials near the top of the page, just after your summary header, or near the bottom, or, if appropriate, on another page altogether. In any case, keep them brief: one or two quotes, each no more than a couple of lines. Each quote should go on a separate line. Enclose quotes in quotation marks and align left. On the line below, identify the speaker by name and title, using some visual cue to set this information apart from the body text, such as an indentation, em-dash, or italics. For example:

“Julia is remarkably skilled at her craft. Her custom cabinetry designs have won us a loyal customer base.”
—Ed Delahanty, Owner, Big Ed’s Storage Solutions LLC

If you find that a quote is too long to use in full, it’s perfectly OK to edit it, but be sure to indicate that you have done so. As you may recall from school, an ellipsis (three periods) indicates that you’ve skipped some words. When paraphrasing or changing a letter’s case, enclose the change in brackets:

“Jose is a dedicated worker . . . [and] a brilliant statistician.”

However, while it’s permissible to edit for length, make sure your altered version does not change the meaning of the passage. Deceptive editing is an ethical no-no, and that includes excessive cherry-picking. Consider the following:

Looks like a glowing recommendation, doesn’t it? But with all those ellipses, the original passage might very well read:

“Adam’s work is consistently subpar, but his unearned arrogance is simply amazing. God only knows why he thinks he deserves a promotion, when in fact he should be sent upstairs and fired immediately instead, before he can cause any more embarrassment to senior management!”

The lesson: When you borrow words that belong to other people, take good care of them. Trim for space if you must, but play fair with your reader. 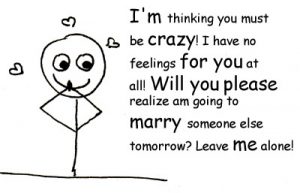 We will get your free sample back in six hours!