Writing a news article or press release? You’ll need to be familiar with Associated Press (AP) style. In today’s post I’ll discuss some AP basics and differences from other style guides you’ll need to know to use this style effectively.

A press release (also known as a media release, press statement, or news release) is an official release of information to the press. Individuals, companies, and organizations may write press releases to provide general information, announcements, and statements to news agencies. Because a press release is designed to release official information, it should contain the who, what, where, when, and why of the story or statement and should be written in clear, concise language. 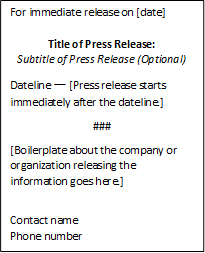 A dateline contains the when and where of what you are writing about. The dateline includes as much of the following information as possible: city, state, month, day, and year. The city name is typically styled in all caps, and most states and some months are abbreviated uniquely per AP (more on abbreviations below). The location and the date are separated by a spaced em dash. For example:

In datelines and running text, most cities should be listed with their state, but some very well-known cities should appear alone. They include the following:

AP uses different state abbreviations than the USPS does. NOTE: AP sticks to the USPS abbreviations when the full address is provided in the text. Here are all the AP abbreviations and their USPS counterparts: 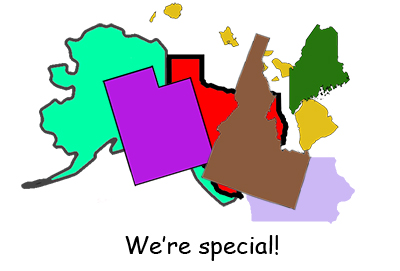 Some state names are not abbreviated because they have six or fewer letters: Hawaii, Idaho, Iowa, Maine, Ohio, Texas, Utah, and Alaska.

AP has many rules about abbreviations, many of which have to do with places, dates, and times:

• State names should be abbreviated in running text when they appear with a city name (Columbus, Ind.) but written out when they appear alone (Indiana).
• Street terms in addresses with numbers should be abbreviated (“My address is 123 Peterson St.”) but should be written out otherwise (“I live on Kings Boulevard.”).
• Some months are abbreviated when used in a specific date: Jan., Feb., Aug., Sept., Oct., Nov., and Dec. Write out the other months, and write out all months when they are mentioned alone: “I love the month of September.”
• Do not abbreviate days of the week.
• Use a.m. and p.m.—with periods—when writing a time. A few other notes about times: Use 4 p.m. (without “:00”), noon, and midnight, not 4:00 p.m., 12 a.m., or 12 p.m.
• Use abbreviations for university degrees only when they are listed after a name as a credential (Jill Smith, M.A.), and use periods in the abbreviations.

AP has a few punctuation rules that differ from many common style guides:

AP has a couple of rules about bullet point format as well. First, include periods at the ends of bullet points, even if they are not complete sentences.

Like APA, AP’s rule is to write out one through nine and use numerals for higher numbers and to use numerals for any number expressing a measurement (times, dates, ages, etc.). The similarity to APA ends there, because AP recommends using the word percent rather than the symbol: 49 percent (not %).

If you know you will be using AP style frequently, it’s definitely worth it to invest in a copy of The Associated Press Stylebook 2019. And, as always, count on ProofreadingPal to catch and correct any style, usage, grammar, or other errors you may make to ensure your finished writing is in great shape.