September 16, 2020 by ProofreadingPal in Writing Fiction

Earlier this year I was proofing a novel, a thriller about a serial killer who sedated his victims with a black-market animal tranquilizer. The name given in the text for this contraband drug was etorphine.

I’d never heard of the stuff; given the context, it might have been a fictional substance. But my job as proofreader is to get things right, so, as I do whenever I encounter an unfamiliar term, I conducted a quick internet search to confirm the proper spelling.

Etorphine, as it happens, is quite real and terrifying. It’s a synthetic opioid, 3,000 timesas strong as morphine. It’s so potent that an eyedropper’s worth, delivered via dart gun, will drop a charging rhinoceros in seconds. When shipping to veterinary practices, the manufacturer must include a rescue dosage of an opioid inhibitor (e.g., Narcan) because an accidental needle scratch while preparing the dart can induce a fatal overdose. Even splashing a few drops on bare skin can cause unconsciousness.

Doing the math, I realized that at standard veterinary concentrations, injecting as little as one-tenth of one milliliter (about a fiftieth of a teaspoon) would render an average-sized human male unconscious for hours. Two drops would stop his heart.

I also realized that my author was unaware of any of this. The killer was strutting around with an uncapped syringe up his sleeve, eyeballing doses and jabbing away with merry abandon. By picking the name of a powerful anesthetic seemingly at random, the author had inadvertently created a whole set of storytelling problems for himself.

I’m a problem-solver by temperament. My inclination was to turn my research abilities toward helping the author out of his narrative jam. But when I found myself studying the schematics for teeny-tiny hypodermics, I knew I was departing from editorial assistance and into uncredited ghostwriting. In the end I simply left the author a note pointing out the various issues and directing him to more information about the drug.

None of the Credit, All of the Blame

Here’s the terrible secret about facts, which holds true for both fiction writing and journalism: your incentive for doing research is 100 percent negative.

I doubt any writer has received a letter gratefully thanking them for being spot-on regarding the atomic weight of cesium, or the muzzle velocity of an AR-15, the date of Indonesian independence. But you will get letters if your character rides to the ninetieth floor of the Chrysler Building, serves a gelatin salad with chunks of papaya, or totes a Colt Peacemaker in a story set in 1865. It’s a sure bet that if you toss out the name of a tranquilizer without checking, fate will deliver your thriller to someone who’ll call your bluff.

Inaccuracies creep in when we are in the heat of creation. We take shortcuts because we don’t want to break the spell. We’re writing a suspenseful scene; our killer needs to immobilize the prey. What’s a fast-acting sedative? A quick Google search throws up a name. We write it in and move on. We can always fill in the details later, we think. And then, well, frequently we don’t.

This happens, I think, because we too often think of research and writing as separate acts on a linear continuum. But it’s closer to the truth to say that writing and research happen concurrently, or perhaps intermittently.

The Routine of Reflection

We can stay out of tight spots by cultivating new habits. Train yourself to think of your draft as a provisional document, made to be marked up. Use Word’s built-in highlight function to mark up your text, or leave yourself notes with the comment function, something that will be visually obvious as you skim through on revisions.

By making a little note, you needn’t let fact-checking derail the flow of writing. Keep your eye on the big picture. Concentrate on the shape of the scene, rather than the dosage in the syringe. 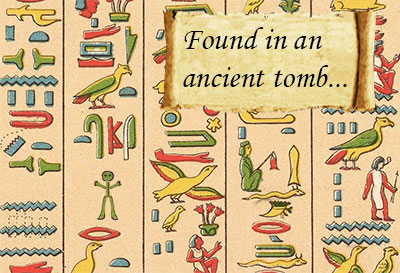 But later, you must set aside time to look things over. Don’t set yourself a word goal for these sessions: the aim is to engage with your work editorially, follow up on your notes to yourself, and fix any glaring errors.

Scheduling reflection into your writing routine will help you to write more mindfully and keep your facts straight. Next month, we’ll consider some common risk areas where research failures can trip you up. See you then!