June 30, 2020 by ProofreadingPal in Writing Fiction

We edit many types of writing here at ProofreadingPal, and although fiction comprises a relatively small portion of our workload, it presents a unique set of challenges. Most of our contract proofreaders will handle only a few fiction projects each year. Most of those are short stories, with the occasional novel (i.e., 50,000-plus words) either from beginners looking to build on their NaNoWriMo efforts or aspiring pros looking to clean up an e-book original before self-publishing.

Our remit with fiction is the same as for any project. We correct errors in punctuation, capitalization, verb tense, spelling, and grammar while making suggestions to enhance stylistic clarity. With long works, though, we take on a role that’s crucial to fiction as to no other kind of writing: first reader. As the first living souls (beside the author) to enter the fictional world they have created, our relationship with the author is more intimate than when we edit an academic report or resume. We must be both collaborators and critics, judging not only whether a document is written clearly, but also whether it is believable; not only whether the flow of events is laid out in a manner that it easy to follow, but also whether the events themselves are internally consistent and plausible.

This blog has covered many topics related to writing fiction. Over the next few months, I’ll be writing about the mechanics of plotting, sharing lessons learned as a reader, writer, and editor of fiction, and identifying common problem areas and looking at strategies for dealing with them.

Your Slip Is Showing

Years ago I proofed a science-fiction novel set during an interplanetary war between two main factions, each with its own allies or proxies. In one sequence, the hero—a rogue who favors neither side—infiltrates the home base of one of the factions, wearing a stolen uniform, which is a familiar trope.

As I read the scene, something nagged at me. I looked back to the previous chapter, and sure enough: the hero was wearing the wrong uniform. Imagine someone sauntering into a Confederate camp wearing the uniform of a Russian hussar, with nobody batting an eye. The author, who would surely have been mortified to misrepresent, say, the mechanics of ship-to-ship combat in microgravity, had momentarily forgotten the players in his own made-up space war. 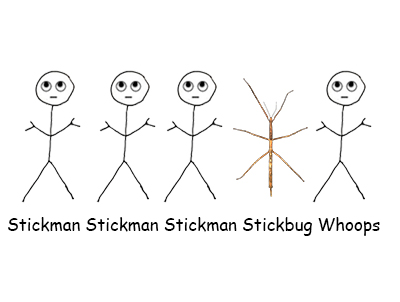 This happens a lot. A character introduced in chapter two will have a different name in chapter six. The protagonist’s eyes, steely gray on page fifty-seven, will be soulful brown on page 135. Established authors are not immune to this sort of embarrassment. In Raymond Chandler’s hard-boiled classic, The Big Sleep (1939), the suspicious death of a chauffeur initiates a series of twists. When the novel was adapted for film, star Humphrey Bogart and director Howard Hawks argued on set over whether this death were murder or suicide. Eventually, they telegrammed Chandler himself for a definitive answer. His response: “Damned if I know.”

The Devil’s in the Details.

Slip-ups of this kind happen because these details, though crucial to the consistency of the plot, are largely secondary to the things that writers focus on nailing (e.g., themes, characterization, and mood). A character’s name or eye color is irrelevant to the kind of character they are. The death of the poor chauffeur only matters inasmuch as it helps expose the corruption of an entire social scene. Even with the uniform blip, the point of the scene is that the hero is an accomplished bluffer; the affiliation of the ones he’s bluffing is of lesser importance, at least from the writer’s perspective.

Sadly, though, these slips can throw a reader out of the story, making them less receptive to the author’s point. From the readers’ perspective, keeping the details consistent becomes crucial indeed.

Keeping your story straight is mostly a matter of holding yourself accountable. I find that working with paper and ink, rather than MS Word only, helps cement story details in my mind. Even if I’m writing on my laptop, I’ll keep a spiral notebook to jot down lists such as character names, locations, and organizations and thumbnail descriptions; I keep that notebook handy as I work. A separate Wordpad document can serve the same purpose, something that’s convenient to, but separate from, your work document. Dip in and out as needed; you might glance at your reference file just before you start the day’s writing, for instance, to refresh your memory.

Probably the most effective way to keep your story straight, though, is to use one or more outside readers, such as members of a writing group or simply a friend who reads your stuff before you send it off to be professionally proofread. This first reader’s job isn’t to fix your work, or even to suggest how you should fix it, but simply to read your story and take note of anyplace they get confused. It’s the simplest, rawest form of feedback, but it’s likely to catch the most elementary, glaring errors before you spend your money on a professional edit.