May 1, 2018 by ProofreadingPal in Writing Fiction

English grammar ain’t easy, and ultimately, after you’ve studied and swallowed grammar books until you just can’t take it anymore, the final insult may be that sometimes it just comes down to personal preference.

Such is the case with the optional comma. That’s a comma that can go or not go somewhere depending on what you think works best. It sounds great, but actually, it’s grammar’s version of giving you enough rope to hang yourself. 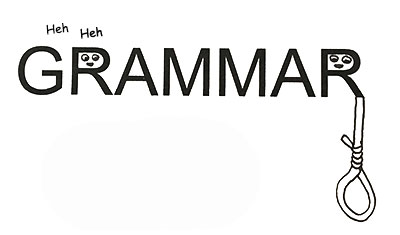 Ultimately, the point of all grammar is to help the reader understand what’s going on. Take the following famous example:

The panda eats, shoots, and leaves.

As opposed to the intended statement:

The panda eats shoots and leaves.

So the first thing to know about optional commas is that they appear only occasionally. The majority of commas are mandatory. You can’t just stick a comma anywhere and claim the sentence looks better that way.

Space is big. Really big. You just won’t believe how vastly, hugely, mind-bogglingly big it is. I mean, you may think it’s a long way down the road to the chemist, but that’s just peanuts to—

Oh wait. I meant, language is big. Really big. You may think you’ve read a lot of books, but that’s just peanuts to seeing the number of ways and means that people can put words together.

But sometimes the rules just have to give way to basic readability. Commas often become optional when sentences are complex, or just plain long, and the reader could use a little break.

A classic optional comma shows up with conjunctive structures. The rule is that when you have two complete sentences joined by a conjunction, the comma goes before the conjunction:

I have several things to buy, but I don’t have enough money.

I have several things to buy but not enough money.

However, when what comes before or after the conjunction is complicated by length or emphasis or change in thought, that comma becomes optional. So both of the following are correct:

I have several things to buy on the shopping list my mother wrote out for me yesterday but only a few things on the list my sister and I wrote together the day before when I had more money.

I have several things to buy on the shopping list my mother wrote out for me yesterday, but only a few things on the list my sister and I wrote together the day before when I had more money.

“Not only but also” has an optional comma when you really want to stress that contrast, and sometimes “neither . . . nor” can use a boost as well.

Commas go around “of course” and “in fact,” and other mild interjections, and this used to be 100 percent mandatory. These days, you don’t have to put a comma in front of the interjection if it directly follows a conjunction.

Geraldine asked a lot of people, and in fact, she got results.

It’s true that “and, in fact,” is fine, but it’s also a bit cluttered for today’s tastes.

When we put a lot of adjectives in front of a noun, we use commas to separate them.

She has the cheaper, faster, smarter version of that software.

The optional comma comes in when the adjective-noun pairing can also be seen as a two-word noun. Is “baby” an adjective in “baby buggy,” or is “baby” part of the noun, as in “tooth decay” and “action figure”?

So, here we have an optional comma where, again, both are correct:

It’s stupid to fight in a dangerous, burning building.

It’s stupid to fight in a dangerous burning building.

I’m planning to devote a whole post to this one (oh, the excitement!) because putting a comma after an introductory phrase relies on a host of factors. For this post, we’ll deal with length.

Once again, these are both correct:

While sunbathing with friends, we all forgot to reapply our sunblock.

While sunbathing with friends we all forgot to reapply our sunblock.

Readability is once again key, which means that people generally put a comma after a long introductory phrase but not after a short one. There is no real rule about that length, however.

Sometimes we want to stress something strictly for the drama of it, and one way to do that is by repetition. Separating that repetition with commas is, once again, optional. (And did you notice that in that last sentence I separated out “once again” with commas, whereas I didn’t do it in the sentence above? Readability, baby!)

So anyway, both of these are correct:

Frodo just walked, and walked, through that whole movie.

Frodo just walked and walked through that whole movie.

The dead dragon fell from the sky, and fell with a boom.

The dead dragon fell from the sky and fell with a boom.