World Building: How to Cut Down on Exposition

January 22, 2018 by ProofreadingPal in Writing Fiction

All fiction writers must establish the world in which the characters live, whether it’s downtown Denver or a strange room with no windows or doors that turns out to be a can for Christmas toy donations. (Spoiler alert!)

Setting the story in a real place has challenges in accuracy, even if you make up fake bits. If you’re going to set the tale in downtown Denver, you really should visit it, and not just for a couple days. (Hear that, John Grisham?) And choosing a historical setting means research.

So while all genres have their world-building challenges, building a universe in sci-fi or fantasy tends to involve them all. So let’s use that to take on the major downfall of world building: making the reader slog through pages and pages of dry exposition.

First Step: Write Those Pages of Exposition Down 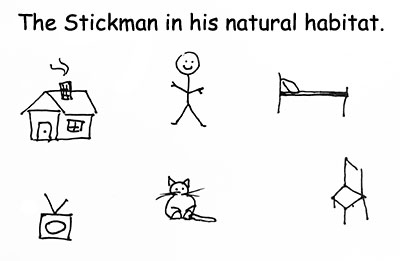 There is a huge difference between what the author needs to know about the story’s world and what the reader needs to know. Go ahead and write down everything you want or need.

Make up elaborate explanations of mythical beasts and future technology. Give full backstories to minor characters. Write a political, social, and/or religious manifesto. Describe every detail of that ray gun. Write some poetry about how the night looks in the silver glow of three moons.

And draw a map or five! Doodle a sketch of that six-toed pixie. Make a clay model of the three-pilot flyer that can zoom through the sun.

If it helps you to imagine your world, do it.

Yup. Leave all that stuff in it until you’ve got the story down.

Third Step: Assess How Much of Your World Is Original

OK, we’re in the revision/rewriting stage now, and that means you’ll need to step back a bit. (This is the hardest part.) Sci-fi and fantasy stories are full of tropes, conventions, and ready-to-use widgets. They have another name as well:

You can use all of these clichés, of course, as long as you make them fresh (a topic for a future post). So how much exposition can you delete because everyone knows what a basic dragon/spaceship looks like, and everyone knows that power corrupts? Does your version really need that particular detail? If it doesn’t help the plot or character, it can probably go.

In other words, if your dragon flies, breathes fire, and can be ridden by someone brave, you really don’t have to get too technical. But if your dragon likes to bake cookies for the fey folk, or your spaceship has a cranky personality, details please!

And remember, if you end up writing a bestseller, you can take all that deleted stuff and make one of those “guides to my universe” books.

It’s tremendously more interesting for a character to say, “Oh yeah, wormholes are great, but sometimes they kill you,” than for the narrator to say it.

Likewise, if using an object or doing an action demonstrates the purpose of the object or action, why put the purpose in exposition? Instead of describing the magic sword and telling us what it can do, have someone pick it up, say, “It’s so shiny!” and then accidentally kill a deer with it. Instead of telling the reader the main crop of Alpha Suitnaxi is wheat, have a bunch of bread sellers rush at a main character screaming about how cheap and wonderful their bakery is.

Fifth Step: Does the Reader Really Need It?

Sure, you needed it to write the story, but does the reader need it to follow and enjoy the story?

Follow and enjoy are the issues here. If you really want to avoid boring the reader with exposition, you have to let go of the fantasy that the reader is going to fully comprehend, appreciate, and evaluate everything you’ve put into your work. It’s not going to happen, and the more you drily explain something, the less interesting you’re going to be.

Remember, the readers’ own life experiences will enhance the story as they read, and they will probably see more in your work than you see yourself.

What it really boils down to is having trust in your readers’ ability to figure things out. That’s the fun part about fiction anyway: figuring it out, imagining it in your own way. Explaining everything accurately and in detail is why textbooks are so damn boring.

Think about it. Here’s Tolkien’s description of Mordor:

Mists curled and smoked from dark and noisome pools. The reek of them hung stifling in the still air. Far away, now almost due south, the mountain-walls of Mordor loomed, like a black bar of rugged clouds floating above a dangerous fog-bound sea.

Like other high peaks in the region, Mount Everest has long been revered by local peoples. Its most common Tibetan name, Chomolungma, means “Goddess Mother of the World” or “Goddess of the Valley.” The Sanskrit name Sagarmatha means literally “Peak of Heaven.” Its identity as the highest point on the Earth’s surface was not recognized, however, until 1852, when the governmental Survey of India established that fact.

The second passage tells you a lot, sure, but which mountain feels like it’s out to kill you and can see you coming?