October 1, 2018 by ProofreadingPal in Writing Guides

Adverbs are modifiers used specifically to explain, describe, and define the way actions occur. They’re very simple things, which obviously means that using them can get complicated. Following these ten tips should help.

As I’ve mentioned before, while the majority of adverbs involve -ly, like quickly, slowly, nastily, and wantonly, some don’t, like never and often. And then some -ly words can be adjectives, such as an ugly worm, timely intervention, and monthly bills.

So don’t assume any word is an adverb based on how it’s spelled. Rather, look at what it’s modifying.

Considering their name, adverbs, it’s easy to forget they also modify adjectives and themselves.

An adverbial phrase will usually include words that in themselves are not adverbs. I can say that Dean and Samantha are going to be married as soon as they exchange vows. There is an adverb soon, but the adverbial phrase altogether narrows down just what soon means.

Other adverbial phrases could be under the sun, for only five dollars, and when hell freezes over, as long as they are modifying a verb, an adjective, or another adverb.

An adverb is inherently a modifier, which means it cannot function alone. If something is a tightly kept secret, the adverb already must be linked to “kept” because that is the verb. Same goes for a poorly marketed product, a car that runs like a dream, and a deeply serious conversation.

Like adjectives for nouns, adverbs for actions can enliven your prose, particularly for actions that are so varied there aren’t enough different words for each type. 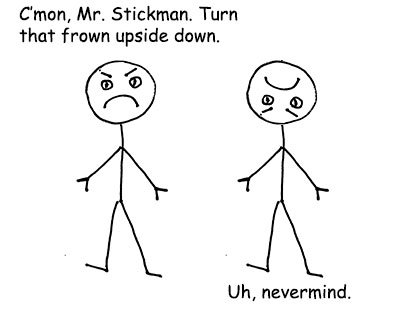 Take smiling. Sure, there’s grinning and smirking, but the idea of smiling encompasses such a range of emotive actions that adverbs have to come to the rescue. A little boy can smile happily, a student acing a test can smile smugly, and a dour old woman can even smile grimly.

That said, adverbs can be a crutch when there is a better verb to choose than the one being modified. If someone is running quickly to the door, it would probably be better (and certainly less wordy) to say they sped to the door, or dashed to the door, or fell all over themselves to get to the door.

People throw very into the mix so often that having it in your sentence usually does more harm than good. I offer the words of the great Mark Twain:

Substitute “damn” every time you’re inclined to write “very”; your editor will delete it, and the writing will be just as it should be.

Adverbs are often not the best choice for telling stories. I once coauthored something with an acquaintance (who was a little full of himself and got on my nerves) who called adverbs “taglines.” While I wouldn’t go that far, it is the business of the fiction writer to show a story, not just report it. Adverbs report the time, means, pace, and so on of an action. They don’t show the action.

For example, let’s say your hero is marching stolidly through the woods. Well, the reader has the information that the march is “stolid,” but it’s not a particularly evocative phrase. To show it, instead of telling with an adverb, you might have her look at her low ration of water, but then press on. She could sweat in the sunlight and brush her fingers over her brow with a grunt. Her stomach could growl even as she ignores it to keep putting one foot in front of the other.

It’s true that splitting an infinitive is no longer considered a grammatical mistake, but it can still be awkward and unnecessary.

If I tell you a bunch of things, and one of them is the most crucial thing I’m going to tell you, then I say, “Hey, most important, don’t forget to bring a towel.” I do not say “most importantly,” as if I’m speaking with a big, pompous voice.

Once again, if it’s an adverb, it cannot modify a thing, only an action, a description, or another adverb.