July 1, 2020 by ProofreadingPal in Writing Guides

The past month, since George Floyd and other men of color were killed and people all over have been demonstrating their outrage in small acts and large protests, racism and injustice have been on most people’s minds. It’s been on mine, for sure.

Racism is obvious in acts of police violence and direct hate speech, but so much of racism is sneaky and hard to pin down because it comes out in people’s more subtle actions, stemming from implicit biases about race, gender, and class. But small, subtle instances of judgments and assumptions made about others, ignorance of cultural differences, and thoughtlessly chosen words add up, and when they are related to race, they add up to racism.

Implicit racism is woven into the fabric of American society. It plays a part in everything, including writing. Writers may try to be inclusive and unbiased, but it can be hard to weed out bias without taking time to deeply examine language’s and culture’s meanings, bias, and oneself.

If you are reading this, chances are you are a writer, or you have some writing to do. Considering the power of language, it is important for writers to take time to reflect on the impact of implicit racism on their own and others’ writing and understandings of language. There are a lot of important, interesting, and at times eye-opening articles an blogs written out there about the intersection of racism and language/writing.

• Omitting people of color
• Associating the colors white with good and black with evil
• Stating a character’s race only if they aren’t White
• Using food words to write about racial differences (“skin the color of chocolate”)
• Writing about culture and language/language variation inaccurately (assuming, not researching and/or knowing)
• Using “White savior” characters

As I read Nunnally’s blog, I mentally checked off each of these seven things. Yep, I have repeatedly seen them all in writing and in real-life situations as well. Read Nunnally’s blog to learn more about the racism underpinning these aspects of fiction.

Note: AAVE is not “English with mistakes” as many people assume. AAVE may not be the language of academia or NPR correspondents, but it is a valid language variant, like UK English. The question of “right” vs. “wrong” English is more an issue in spoken language, as for formal purposes and many other written applications, standard American English is what is generally required. However, it is harmful and racist to assign a negative value to AAVE or any other variants of English, in writing or speaking. Read this article by Chi Luu to learn more. 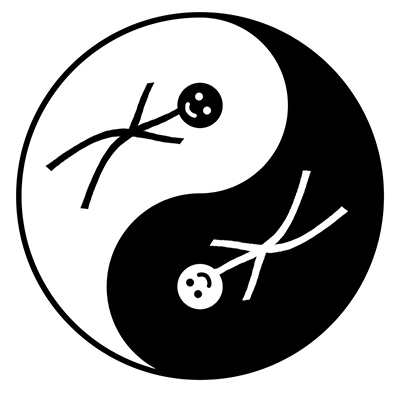 English has a lot of figurative expressions: “to cut corners” = doing something without paying attention to all the details, and “to bite the bullet” = doing something without hesitating any longer. Some common expressions you may use yourself are racist. Babbel contributor Dylan Lyons describes eleven common racist expressions. For example, “gypped” (sometimes spelled “jipped”) comes from the word “gypsy,” which is a derogatory name for the Romani people. “Hip hip hooray” has roots in history from when “hep hep” was an anti-Semitic chant. Read Lyons’ article to learn about other racist expressions.

Part of implicit racism in writing is not keeping current with word and style usage. It was once current to use the word “colored” to describe an African American person, but it certainly is not anymore. So, it’s time for an update on a 2016 post of mine in which I discussed usage of Black and White as racial terms; my post is now outdated.

APA has capitalized Black and White for some time. AP, however, recently announced its recommendation to capitalize Black but lowercase white (this is under review). Meanwhile, as of 6/30/20, The New York Times began capitalizing the word “Black” when describing people and cultures of African origin.

And Chicago announced that Black and White should be capitalized, a change from its earlier recommendation to use lowercase but allow uppercase if preferred by the author. MLA does not specifically address these words in its guide, but it defers to Chicago in such cases, so in effect has also changed its tune.