July 24, 2018 by ProofreadingPal in Writing Guides

In a previous post, I suggested three questions writers should consider when adding outside source material to their writing:

In today’s post, I’ll look at three potentially problematic issues related to quoting and paraphrasing and give tips to be successful with each.

When you want to use a quotation in your work, you must signal in your own words that a quote is coming. I often see writers end a sentence and then start a quoted sentence immediately after. Here’s an example:

Cats and dogs are very interesting to observe. “House pets can teach us many things even about human behavior” (Smith, 2015, p. 101).

This is quote plopping, and you should not do it! Use a signal phrase to show someone else’s words are coming. Here is the same example, this time with a specific signal phrase:

Cats and dogs are very interesting to observe. In her study comparing animal and human eating habits, Smith (2015) examined how “House pets can teach us many things even about healthy living” (p. 101). 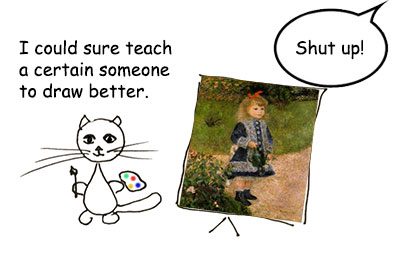 When your subject matter is complicated and the link between your paper’s arguments and the included quote is not necessarily obvious, signal phrases are especially important. In such cases, your signal phrase is your way to help your readers make important connections between your ideas and those in your source material.

One important note about verb tense in signal phrases: APA uses past or present perfect tense, and Chicago and MLA use present. The example above about animal behavior uses APA style. In MLA or Chicago, the signal phrase would use present tense: “Smith explains.”

The format of a block quote is similar for different style guides. Start the quotation on a new line after your signal phrase. Indent the entire quote ½ inch at the left. Do not use quotation marks; the indentation itself shows the material is a quote. Citation, whether parenthetical or in footnote form, comes after the final period of the quotation. Note that double spacing continues through block quotes in MLA and APA, but in Chicago block quotes should be single spaced.

Unlike block quotes, short quotations do need to be enclosed in quotation marks, and they appear in line with the rest of the paragraph. With short quotes, a few differences between US and Canadian English and UK English can cause some confusion.

Another US and Canadian vs. UK English difference has to do with the proper order of ending quotation marks, periods and commas, and footnotes. Here’s an example:

US English: Jones argues that “two heads are better than one.”1

UK English: Jones argues that ‘two heads are better than one’. 1

Here’s an example showing what happens when the quote is at the end of an independent clause rather than the entire sentence:

US English: Jones argues that “two heads are better than one,”1 but in this paper I argue that one head is better than two.

UK English: Jones argues that ‘two heads are better than one’,1 but in this paper I argue that one head is better than two.

Following these tips for quoting and paraphrasing properly should help you use others’ words and ideas to support, rather than distract, from your own words and ideas.