Using Prepositions: In and On 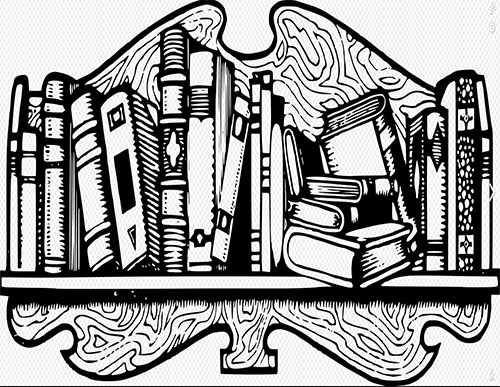 Unless you study languages or have a profession like proofreading, you don’t likely give a lot of thought to the use of the important little words called prepositions. Merriam-Webster’s dictionary defines a preposition as “a function word that typically combines with a noun phrase to form a phrase which usually expresses a modification or predication.”

In other words, prepositions, including the words “in,” “on,” “for,” “beside,” “among,” and many more, combine with other words to describe or modify information provided about subjects of sentences or other nouns/noun phrases. Prepositions often indicate something about location (on the table), relationship (between the two books), time (in a week), or duration (for two weeks). They also often have multiple meanings or shades of meanings (for two weeks [referring to length] vs. a gift for Mary [referring to possession]).

Prepositions can be challenging because when we think of a sentence, our brains grab onto the distinct, more definable things, like verbs and nouns. Native speakers generally have an intuitive sense of correct preposition use, but language learners must hear and read many examples to achieve this sense. And due to the subtle variations of prepositions’ meanings, errors with their usage are quite common, even for native speakers.

There’s a lot to say about prepositions, so in this post I will review some common concerns with “in” and “one” and related words and expressions, and in a future post I’ll dig into some other problems with prepositions.

The difference in meaning between the words “in” and “on” is subtle and can be especially tricky for English language learners. Both indicate position, but “in” is typically used when something/someone is inside a defined space, like in a room, and “on” is used when the position is touching a surface, like on the table. Deciding about “in” and “on” is made trickier by the fact that sometimes both can be used with a noun, like “in a chair” and “on a chair” and “in a desk” and “on a desk.” In cases like with the desk, the distinction in meaning is clear (inside vs. on the surface), but in cases like with the chair, the distinction is quite subtle and often not incredibly meaningful.

“Into” and “onto” are both prepositions indicating movement in a direction, and whether you use one or the other depends on whether the final position will be inside a defined space, like into a room, or touching a surface, like onto a table.

“In” and “on” do not combine into a single word, even when they are part of phrasal verbs (verbs made up of phrases) like “log in,” “move in,” “hold on,” and “move on.” The tendency is to form “into” and “onto” when neither is right. Here are a couple examples:

In these examples, “to” remains separate from the phrasal verbs “log in” and “hold on.” (Note this will probably continue to be true when English decides that “login” is one word.)

“In” and “within” are both used to show that something or someone is inside something physically or in time. “Within” should only be used when the sentence implies something is not further than (physically) or not more or less than (time). So it’s correct to say someone is “in the kitchen” but not “within the kitchen.”

In most cases, substituting “in” for “within” is acceptable, though you do then lose the stress on not further/more/less than. Consider the above sentences using “in” rather than “within” to get a sense of the difference:

As if this isn’t enough about two such tiny words, there’s more, which is why we’re here to help! There are many expressions with “in” and “on” where the choice of which preposition is not predictable and must be learned. Here are just a few examples:

It is somewhat amazing  how much there is to know and understand about the tiny l’il words “in” and “to.” Keep an eye out for my next post where I will return to the topic of prepositions. In the meantime, check out this previous ProofreadingPal Pulse post: “Between vs. Among: Commonly Confused Words.”