Between vs. Among: Commonly Confused Words

May 18, 2017 by ProofreadingPal in Writing Guides 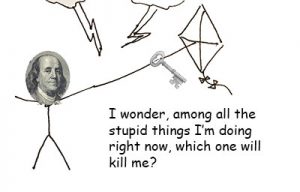 There’s an old saying attributed to Benjamin Franklin: “Three can keep a secret, if two of them are dead.” But do you keep a secret between friends, or among friends? Of course, if more than two people know a secret, the probability becomes higher—or is it greater?—that somebody will spill the beans. In fact, the more people—or the larger the number?—the more chance, or the higher chance—or the larger chance that . . . I’m sorry, where was I?

What’s not a secret is that the English language is difficult to learn. Even native speakers can stumble over the many pairs and trios of words that mean almost (but not quite) the same thing. Making the proper choices is what separates good written English from bad. This series of columns will help you make the right choices and understand the reasoning behind them.

Everything Counts in Large Amounts

Before we consider the question of between vs. among, let’s look at the distinctions of degree that follow. I covered this in my last blog, but let’s have a quick review. When we speak of “more people” or “a larger number of people,” the meaning is functionally the same, but we choose the adjective based on whether we’re talking about countable objects or mass or abstract nouns.

Understanding these distinctions is the key to understanding when to use between vs. among. Many of us learned to use between when expressing a choice or relationship of two objects, and that’s perfectly correct, in all cases, no matter the nature of those objects. But the converse of that rule (that we must use among when speaking of three or more objects) is not universally true. When speaking of more than two nouns, the choice depends on the nature of those nouns. For mass nouns, and even for most countable nouns, you should use among. But when the countable nouns are named, defined, or otherwise distinct, use between.

For example, use between when there are two options, no matter the nature of the noun.

We also use between to indicate a range of numbers.

Use among when referring to a group or undefined countable nouns.

However, use between when referring to three or more distinct countable nouns—usually, but not always, named.

The examples above are all proper names of people or places. But the rule applies to any distinct nouns.

Remember, though: use between only when the options are explicitly named. When referring to the options generically, use among.

Next time, we’ll look at more words describing comparisons and relationships and consider the case of a common adjective that is literally beyond compare. In the meantime, we’re always happy to answer your questions in the comment section!