Dragons, Thrones, and the Truth of Endings

September 9, 2017 by ProofreadingPal in Writing Fiction

Today’s post can be summed up with a simple truth: possibilities are almost always more fun than choices. It’s something fiction writers must not only suffer through, but also accept and even embrace.

Whether you’re watching Game of Thrones now or not, got hooked on Lost or not, lived and breathed The Sopranos or not, or have just read a nice long book or not, you’re probably aware that when something epic and popular finally starts to wrap up, people start complaining.

And I don’t just mean they’re sad to see something fun ending or that they get tired of a fresh premise. I mean they complain about what actually happens, and it’s a guarantee that they always will. A possibility delights everyone. A decision must disappoint somebody. 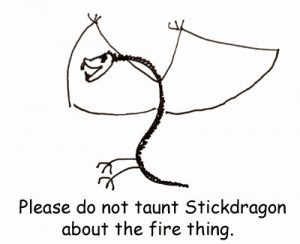 Google it now, and you can read review after review of Game of Thrones that talks about how fantastic and enthralling the show was in the beginning, but then at some point the show “lost it” and “wasted a character,” and now it’s not “as good as it used to be” and “a shadow of its former self.” Moreover, the writers are “getting desperate” and “special effects fail to cover up disappointments.”

You’ll see the same reviews when they wrap up The Walking Dead, House of Cards, and Orange Is the New Black.

If you’re a fiction writer (or aspiring to be), I urge you to accept this as inevitable, and thus not to worry about it. And you should know going in that the more epic, complicated, and fantastical your story is (see Star Wars, Lord of the Rings, and the many Star Treks), the more people will trash your work when it ends.

The upcoming Avengers: Infinity War could be the best movie ever made in the history of ever; some fans will still bemoan how “predictable” it was and “what a let-down” they experienced.

It is decidedly more fun to wonder what if:

It can be intimidating for those wanting to write their own epics to see the hostility unleashed at the end of, “What if?” A complex story told slowly and well is so wonderful because it offers the audience the chance to speculate, and in speculating they participate. Fans (and I’m talking for millennia before the Internet) become proprietary; the story is “theirs.” That makes them loyal, but it’s also what will inevitably turn them into disappointed critics when anything doesn’t go the way they wanted.

And it can be downright discouraging to see even the best epics get trashed simply because the authors have to make choices when a story concludes. Asking “what if” forever doesn’t work out either. All good things must end.

So the Hell with It

The worst choice authors can make in ending their stories is trying to please everyone. The minds that come up with premises should trust themselves to end them as well. Knowing that you will be booed whenever you end a “what if” should empower you to end it however you want. Whether your epic is fanfiction or a billion-dollar movie series, be true to your vision and follow through on your story on your own damn terms.