October 15, 2020 by ProofreadingPal in Writing Fiction

Last time, we talked about the importance of doing your research, and how knowing your facts can help you write your way out of a tight corner or, ideally, keep you from writing yourself into that corner to begin with. But how extensive should your research be? What facts do you need to check as you write?

There’s an old adage in journalism: “If your mother says she loves you, check it out.” If you’re writing fiction, you needn’t go that far; the details of your characters’ lives and relationships need only be internally consistent. But you are ultimately responsible for vouchsafing every aspect of your story’s world—its historical, political, natural, and technological environment—that you have not invented from whole cloth. The general rule is: If it’s not something you made up yourself or something with which you have personal experience, get the facts.

There are, however, some areas that are particularly likely to get you in trouble if you get them wrong. Here are a few things to keep at the top of your list as you write.

In this series, we’ve touched on how the distance between locations affects the timeline of a story. But setting—geography, climate, infrastructure, government, economy—shapes every aspect of a character’s life, down to the most mundane: where they get their coffee, whether they call it a “grocery bag” or a “sack,” how they dress for April, and whether they drive or use public transportation. When writing about a place with which you are not already intimately familiar, research is vital.

Whatever your personal feelings about guns, gun owners tend to be highly knowledgeable about their hobby and will be on the lookout for inaccuracies regarding a given weapon’s ammunition caliber, fire rates, weight, recoil, and so forth. 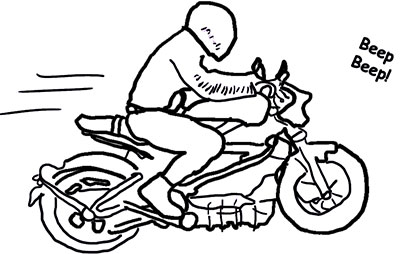 Car and motorcycle buffs will likewise object if bucket seats or airbags show up somewhere they don’t belong. The personal experience rule is particularly important here, as unfamiliarity can lead to mortifying blunders. An example from a story I recently edited: A character introduced riding a Harley-Davidson Livewire “mashe[s] his foot down on the gas” during a chase scene. Motorcycles, of course, don’t have gas pedals, but rather a hand-cranked throttle. Indeed, the Livewire, an all-electric bike, doesn’t use gas at all! A laughable error, and one that could have been easily avoided.

Our world is governed by the laws of physics, chemistry, biology, and geology; the world of your story is too. How hot would steel prison bars have to be before they were soft enough to bend? Would a plumber’s blowtorch do the job, or would you need an arc welder? Pure sodium explodes on contact with water; how much would it take to create sufficient concussive force to kill someone? What would happen if you fired a gun on an airplane in flight? (Hint: it would suck everyone out the bullet hole.) Could a person contract rabies from a mosquito bite? How would an earthquake affect the faces on Mount Rushmore?

Question like these demonstrate an added benefit of research; in addition to solving current plot problems, these kinds of “what if” questions can actually generate ideas for future stories.

All of the above elements become even more problematic when your story is set in the past. The details of everyday life, such as food, currency, employment, travel, fashion, social attitudes, language, and the countries on the map, are all subject to change over time.

Stories set within recent history are perhaps the trickiest in this regard. Sociological and technological changes can so quickly become ubiquitous that they seem as if they’ve been around forever. GPS navigation, for instance, would obviously be anachronistic in a story set in 1975, but what about 1995, or 2005? Are you sure? Sure enough to gamble your story’s credibility?

Even if you are pretty sure of yourself, it only takes a moment to highlight your text, flagging facts to be confirmed later. You needn’t interrupt the flow of writing; just flag it and move on, then double-check while revising. As we noted last month, your readers probably won’t thank you, but you might spare yourself some embarrassment.