Use Caution with Idioms

April 29, 2019 by ProofreadingPal in Writing Guides

I’ve written in this space about the perils of idiomatic language, particularly how useful descriptive phrases can turn into nonsense when misheard or misinterpreted. But even when used properly, figures of speech and idioms, what we might generally call “poetic language,” can be inappropriate for academic writing.

Most of us use figurative language regularly without realizing it. Imagine, for instance, that you’re an electrical engineer trying to solve a technical problem of signal attenuation. Not a topic that would inspire flights of verse, you might think. But in casual conversation, you might describe the improved signal as being “crystal clear” or “clear as a bell,” both poetic, figurative descriptions.

Let’s look at some common types of poetic language that are woven into our everyday speech and consider strategies for working around them.

We don’t have space here to list every item in the poet’s toolbox, but there are a few that are common in ordinary speech that should be avoided in academic writing.

Similes and metaphors work by comparing dissimilar things. A simile does the job using like or as.

A metaphor makes the comparison directly.

A heavy burden of debt.

Metonymy is a related device, where an aspect of an institution stands for the institution itself, such as saying “Hollywood” to mean the entertainment industry.

And then there are the poetic tricks having to do with word sounds. Along with rhyme, there’s alliteration, where words in a phrase begin with the same sound (spic and span, chit-chat), and assonance, where the vowel sound is the same (neat freak, play date).

You hear (and probably use) these sorts of poetic phrases hundreds of times a day.

Rack and ruin.
Sharp as a tack.
A towering home run.
Chrome dome.
Let’s get this place shipshape.

Once you’re aware of the poetic language around you, it seems inescapable. Some of these are simply accidents of language. Mobile phone, for instance, isn’t an intentional assonance; it’s actually a concise, logical description of the item. Some are intentionally poetic, intended to add variety to our language or make a phrase easier to remember. They’re useful.

The problem comes when we use them carelessly instead of looking for alternatives that express the thought more plainly. As a writer, you must develop the habit of discerning useful figures of speech from those that are merely ornamental.

All of these poetic phrases are easily understood, you might argue. Why fix what isn’t broken? After all, British journalist J. A. Spender said, “The hardest-worked cliché is better than the phrase that fails.”

The problem is that many of these clichés represent a sort of mental shorthand. They quickly conjure a mental picture, but the picture is often indistinct because they are so overused. We still understand the general sense, but the fine distinctions have grown fuzzy.

As an example, let’s look at the common figurative construction “on the other hand.” In its original sense, the construction essentially means:

Given Statement X, let’s look at Statement Y, which is in some ways similar and in others different.
Tony Stark has a brilliant scientific mind. On the other hand, Doctor Strange possesses knowledge beyond ordinary human understanding.

But in common usage, this can also mean:

Statement X is true, and so is Statement Y.
The Hulk is the strongest Avenger. On the other hand, Thor is a literal god);

Statement X is operational; Statement Y stands in contrast. Iron Man is a genius; his Avengers teammate the Hulk, on the other hand, has the mind of a child.

Statement X describes a general rule, with Statement Y as an important exception. The Avengers are celebrities; Black Widow, on the other hand, is a stealth operative.

Or sometimes the converse: Statement Y describes a general rule, with Statement X as an important exception. Ant-Man comes off as a likeable doofus. On the other hand, the ranks of the Avengers are filled with troubled intellectuals. 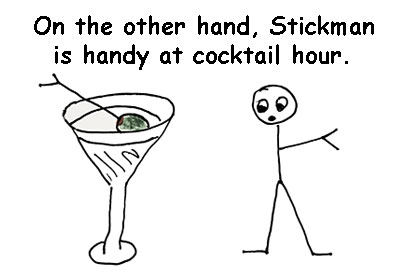 These are subtle distinctions, true, and in everyday speech they might seem unimportant; after all, the general sense of comparing two statements remains intact. But academic writing depends on precision of thought and expression; how we compare those statements is vital.

Fuzzy writing allows for fuzzy thinking. When we express our thoughts with care and precision, it encourages us to think more carefully and precisely as well.