January 9, 2020 by ProofreadingPal in Grammar

Last time, we dealt with the rules regarding apostrophes when dealing with singular and plural nouns. Some of these rules are so tricky, I caged them all together in this third (!) blog post on apostrophes.

So, we got through the “Possessives” section in The Chicago Manual of Style, 17th ed. to nouns plural in form, but singular in meaning (7.20). Up to that point, there was a sort of logic to the whole thing, but now we’re going to deal with the rules that are, for lack of a better word, downright wacky. If you’re going to be an expert, you’ll have to memorize these individually. 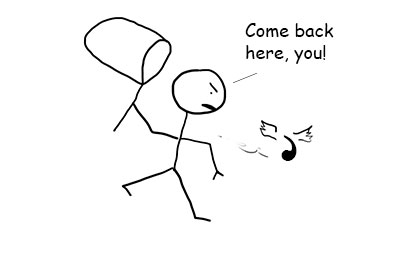 If English usage weren’t wacky, then all “For so-and-so’s sake” expressions would follow the same rule. They don’t. Most of them, at least, use an apostrophe and an “s”:

For Pete’s sake
For appearance’s sake

For goodness’ sake
For righteousness’ sake

This one makes sense and is used often. When two or more people own the exact same thing, you only need an apostrophe and “s” on the last owner:

When two or more people own the same type of thing but different actual things, all the owners get an apostrophe and “s”:

Compound nouns like “baby buggies” and “know-it-all” get the apostrophe or apostrophe and “s” on the final word:

OK, this one’s tricky indeed. When you are saying that A owns many things, of which B is one, you use apostrophe and “s”:

But when you don’t care how many others there are, you don’t use the possessive:

A follower of Freud
A codicil of the law

This is one people get wrong all the time. The correct way to say it is ladies’ room and men’s room, but you’ll see the bathroom signs that read Ladies and Mens. If you go to Walmart, you’ll even see the chillingly awful clothing sections of Womens, Mens, and Childrens.

Chicago gives great advice: “When in doubt, opt for the possessive.”

This is a doozy. In fact, I’m going to save this one for the next blog post. (Yes, that means a fourth blog post on apostrophes, but I’ve been meaning to do a post on the gerund for some time because, as I have said before, I am a huge nerd.)

Possessive with Italicized or Quoted Items (7.28)

Best of all for quoted items, Chicago just suggests you avoid the whole apostrophe thing altogether.