Quick Guide to Colons and Semicolons

August 6, 2018 by ProofreadingPal in Writing Guides

Last time I talked about sentence interrupters: em-dashes, parentheses, and commas. These typographical markers indicate information interpolated into the body of a sentence in the form of a dependent clause. Such passages are supplemental in nature. They add depth and background, but you can still read around the interpolations—that is, skip over them without losing or altering the essential meaning of the sentence.

This time, we’ll talk about two marks that set off complementary information, phrases and clauses without which a sentence is incomplete: the colon and the semicolon.

A phrase coined by Pete Seeger sums up folk music’s topical nature and role as an agent for change: “a singing newspaper.”

There are a couple of important things to note here. First, when used in this fashion, one half must be a complete sentence. You can’t use a colon to splice together two dependent clauses. For instance, you wouldn’t use a colon for:

You would simply say:

Some sources will tell you that the colon must always come after the independent clause. But the order can occasionally be reversed, especially in informal writing.

You can use a colon to introduce a list (either run-in or vertical) that starts after a complete sentence. In this construction, the colon takes the place of an introductory phrase like “consisting of,” or “such as,” or “namely.” For example:

In the example above, the items are separated by commas. But if the items are more grammatically complex, you might use semicolons instead for clarity:

Separating list items with semicolons is particularly useful if they contain punctuation likely to cause confusion:

Note that “Peter, Paul and Mary” is a single item, but the comma in the name would make a comma-separated list difficult to parse. “Phil Ochs, Peter, Paul and Mary, and Judy Collins” could be read as including a solo act called simply “Peter” and a duo called “Paul and Mary.” 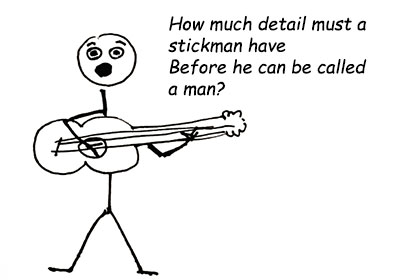 Occasionally, you will have two independent clauses/complete sentences that are of equal weight and closely related to each other. You could render each clause as a complete sentence, separating them with periods, and be grammatically correct. But let’s say the two clauses are two halves of the same complete thought: point and counterpoint, cause and effect. In this case, they are most effectively separated with a colon or semicolon.

When the second clause explains or illustrates the first, use a colon:

For Dylan, folk music was just a means to an end: he had bigger things in mind.

When the two independent causes would typically be joined by a coordinating conjunction (e.g., and, but, because, yet, so), they may instead be separated by a semicolon when the conjunction is omitted.

The folk audience was still a niche audience; it was full-on pop stardom that Dylan craved.

The semicolon in this construction replaces “but” or “and,” so you don’t use a conjunction and a semi-colon together. Note also that the first word after the semicolon should not be capitalized.

Those are the basics of colons and semicolons! If you have specific questions, feel free to ask them in the comments.