Common Mistakes to Avoid Making in Your Writing, Part 2 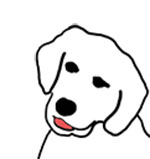 Last month, I wrote about how important it is to develop awareness of the types of mistakes we make in our writing, and I provided information about three common mechanical mistakes, namely, the incorrect use of apostrophes, commas, and capitalization. Today I’ll write about and provide links to other ProofreadingPal blog posts with more details about three more common errors: run-on sentences, incorrect words, and subject-verb agreement and other verb issues.

Choosing the right word can be tough when words sound very similar (or the same) or when words have very similar meanings. Then there’s lie vs. lay. (These two are the bane of my existence; my brain just can’t keep them straight.) There are several ProofreadingPal blog posts on some of the trickier words to choose from, including the following:

Subject-Verb Agreement and Other Verb Issues

To be complete and correct, a sentence must have a subject and a verb, and the subject must “agree” with the verb. This means the verb must be in the right form for the subject, whether it be singular or plural. Here’s an example:

“Writes” is the singular form of the verb, and “write” is plural, so “my brother” (singular) must pair with “writes.” The longer or more complex a sentence is, the more difficult subject-verb agreement errors can be to detect. Also, because some people’s spoken language rules allow for “My brother write,” writers must be vigilant in keeping an eye out for errors of this sort. (Keep an eye out for a future post on subject-verb agreement.)

The English language has many irregular verb forms. Just look at “to be”: be, am, is, are, was, were, will be, has been, and more. These can be especially difficult for non-native speakers of English, who may struggle to predict verb forms that don’t follow patterns. Also, English has many verb tenses, such as the present, the present perfect, the past, the past perfect, the subjunctive, and many more.. This can also be especially tough for non-native English speakers. For example, English has simple present (“I walk”) and present continuous (“I am walking”) and many languages, such as Czech, have just a simple present used in both of these cases (“Já jdu”).

Because sentences can join various parts and ideas, they can also become too long and/or complex, and a too-long sentence can be challenging for readers to digest and understand. In addition, various errors can get lost in such sentences where subjects and verbs and pronouns and antecedents are farther apart. (In a sentence like “The kids ate the parents’ soup and they were mad,” the antecedent (kids or parents) for the pronoun “they” is unclear.)

And longer sentences can also be written incorrectly as run-on sentences, like this: “The kitten was playing with its toys, the puppy was looking on with interest.” Notice the difference: the clauses are joined incorrectly with a comma  rather than the word while. See the post “Run-on Sentence or Long Sentence?” for details about run-ons and a great discussion on avoiding too long and run-on sentences.

I’ve referred to myself this way before and I’ll surely do it again in the future: I am a word nerd. As such, limiting myself to six common problems (three this month and three last month) was a little tough. I’d encourage you to take some time to read today’s post and me previous post about other common writing mistakes  carefully and review some of the other posts linked herein if you’re looking to reduce the common mistakes you might be presently making in your writing.