Italics: The Dos and Don’ts

August 14, 2018 by ProofreadingPal in Writing Guides

I spend a lot of my editing hours at ProofreadingPal dealing with wayward italics, so let’s talk about times when they are used properly and when they aren’t.

Some titles are italicized, and some are put in quotation marks. My handy rule of thumb is to think of titles in terms of being heavy and light. 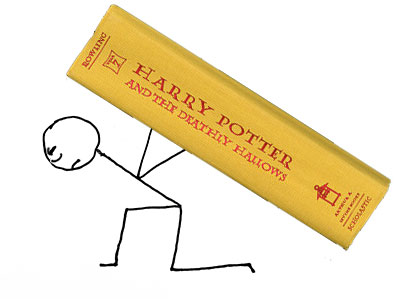 A book is heavy, and a chapter is light. The title of a book is italicized because it’s leaning under that weight: Living Right. A chapter just gets quotation marks: “Chapter 2: Guide to Exercise,” as does a poem: “Stopping by Woods on a Snowy Evening.”

A play is heavy: Waiting for Godot. An act is light: “Act 2: The Judgment.”

A magazine/journal is heavy: Fox and Hound. An article is light: “Better Oral Horse Health.”

Movies and TV shows are heavy: The Fugitive. An episode is light: “Viking Bikers from Hell” (extra points if you can name the TV show for that one).

A series of reports is heavy: US Treasury Dept. Reports on Global Finance. A single report is light: “Iran Economics.”

This is the #1 misuse of italics. Fortunately, I’ve got a whole other post on how you should use sentence structure to create emphasis, not italics, bold, all-caps, and the like.

To put it briefly, the idea is that people shouldn’t need italics to get the meaning of what you’re saying. Besides, cuing the readers over and over that they should stress this word and then this word gets irritating.

Let the words do the talking, not the font.

Reference styles vary greatly with MLA, APA, and Chicago, but they do tend to follow the idea that “heavy” titles get italicized.

Similar to vocal emphasis, this use of italics assumes readers are too stupid to figure out the important words on their own.

It’s clear when I say that being candid is quite different from being genuine which two words are being compared. Italicizing them does nothing. See for yourself:

Being candid is quite different from being genuine.

APA and increasingly Chicago call for a term to be italicized when you’re introducing/defining the term, though this should be done only once.

There are three basic types of color work in knitting. Slip stitching involves knitting with one yarn color for two rows then switching to another color for the next two rows. Fair isle knitting brings two or more colors along for the ride on all rows. Intarsia involves knitting with alternate yarns on the same row by using separate yarn skeins. Intarsia can get quite complicated compared to fair isle, which is also called stranded color work.

Almost all of English comes from some other language, though some words seem more “foreign” than others. Once a French, Spanish, German, Latin, or whatever term becomes commonly used, you don’t put it in italics anymore, such as:

(The exception is some scientific names no matter how often they’re used.)

Do: The Written Word

This is primarily for fiction writing. When you have a character read a sign or a letter, it’s traditional for the words to be italicized.

She walked out of the door marked Private.

Thank you so much for your great editing work. BTW, excellent shoes.

It can be fun to put little thoughts and quotes at the beginning of chapters and long passages, but don’t put them in italics.

Again, this is a fiction thing. While spoken dialogue goes in quotation marks (unless you’re James Joyce), when characters are thinking to themselves or telepathically communicating with someone else, the words get italicized.

The lights in the bedroom began to flicker. Great, Dean thought. That’s either a bad bulb or some showboating ghost.

In a related vein, dialogue that’s “off screen” goes into italics as well, such as a voice on the other end of a phone or the announcer’s voice on TV.

Finally, italics are hard to read. A page full of that slanted script is severely off-putting. You need to figure out ways around that when you can. If a whole chapter is going to be a letter, have mercy on the readers’ eyes and use plain text. Bend the rules if you’re writing need to. Got a heated argument among fifteen telepaths? Figure something out.

And it’s worth repeating: don’t use italics for simple emphasis unless you really, really need to.